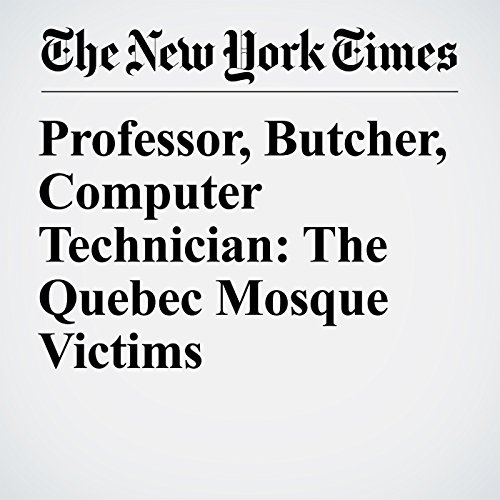 From the outside, the Islamic Cultural Center’s building in the Ste. Foy neighborhood of Quebec City looks more like a medical center than a place of worship. But it is very much the heart of the city’s Muslim community and, now, a site of tragedy.

"Professor, Butcher, Computer Technician: The Quebec Mosque Victims" is from the January 31, 2017 World section of The New York Times. It was written by Ian Austen and narrated by Kristi Burns.