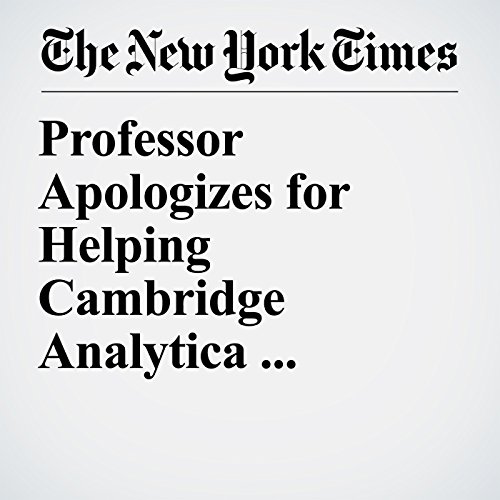 Alexander Kogan, the academic who was hired by Cambridge Analytica to harvest information from tens of millions of Facebook profiles, defended his role in the data collection Sunday, saying he was upfront about how the information would be used and that he “never heard a word” of objection from Facebook.

"Professor Apologizes for Helping Cambridge Analytica Harvest Facebook Data" is from the April 22, 2018 Business section of The New York Times. It was written by Matthew Rosenberg and narrated by Keith Sellon-Wright.