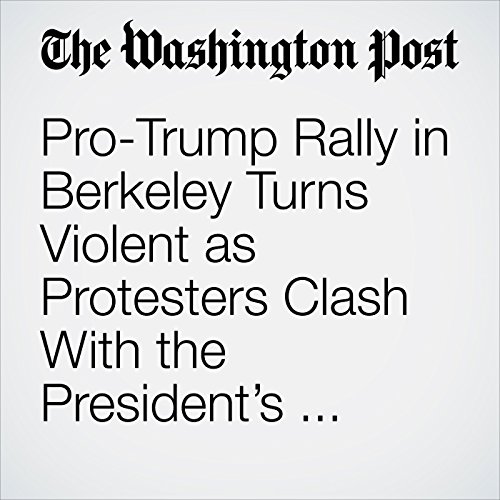 Supporters of the president and anti-Trump protesters clashed violently Saturday in Berkeley, California, on a day that numerous pro-Trump rallies took place across the country.

"Pro-Trump Rally in Berkeley Turns Violent as Protesters Clash With the President’s Supporters" is from the March 05, 2017 National section of The Washington Post. It was written by Amy B Wang and narrated by Sam Scholl.