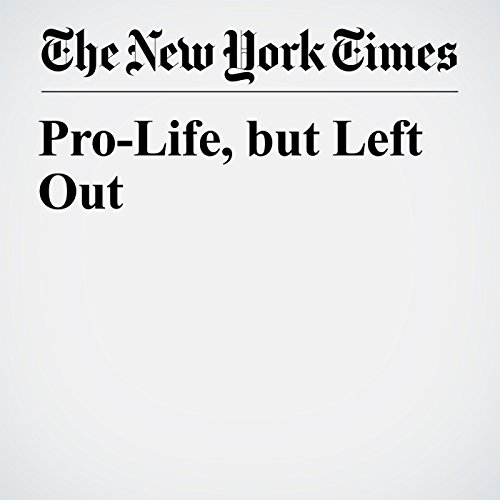 Within days of Donald Trump’s election, the American left, newly animated in opposition, settled on a rallying cry: “Love trumps hate.” Inherent in the slogan is the idea that Trump stands for division and discrimination, while his opponents stand for love and inclusion. Nowhere was this sentiment more visible than at the Women’s March on Washington the day after the inauguration.

"Pro-Life, but Left Out" is from the February 27, 2017 Opinion section of The New York Times. It was written by Lauren Enriquez and narrated by Kristi Burns.