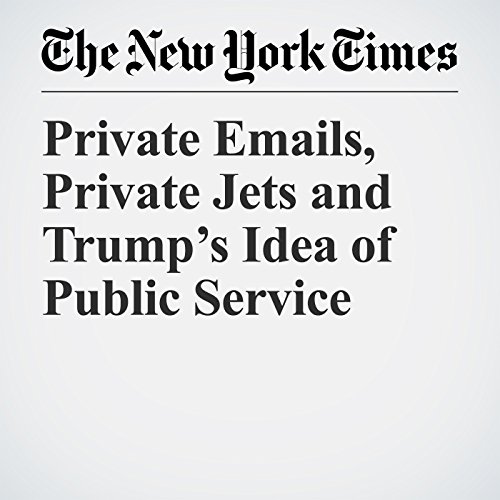 Electing him, Donald Trump promised on the campaign trail, would “make every dream you ever dreamed for your country come true.” Among those reveries, he suggested, would be a government free of self-dealing and one devoted to public service. “If we want to make America great again,” he wrote in an op-ed for USA Today days before the election, “we must clean up this corruption.”

"Private Emails, Private Jets and Trump’s Idea of Public Service " is from the September 28, 2017 Opinion section of The New York Times. It was written by The Editorial Board and narrated by Barbara Benjamin-Creel.