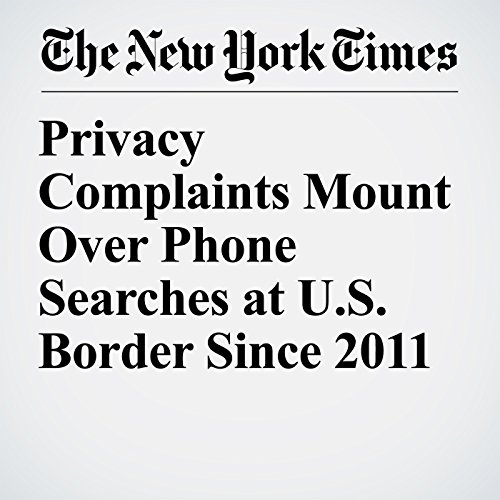 They spoke of being humiliated and shaken. They described being “made to feel like a criminal.” And they maintained that their rights had been violated.

"Privacy Complaints Mount Over Phone Searches at U.S. Border Since 2011" is from the December 22, 2017 U.S. section of The New York Times. It was written by Charlie Savage and Ron Nixon and narrated by Mike DelGaudio.