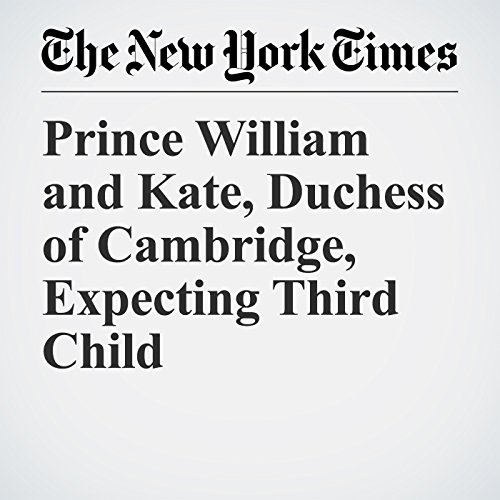 Prince William and Catherine, the Duchess of Cambridge, are expecting a third child, who would be fifth in line to the British throne, Kensington Palace announced Monday.

"Prince William and Kate, Duchess of Cambridge, Expecting Third Child" is from the September 04, 2017 World section of The New York Times. It was written by Sewell Chan and narrated by Keith Sellon-Wright.