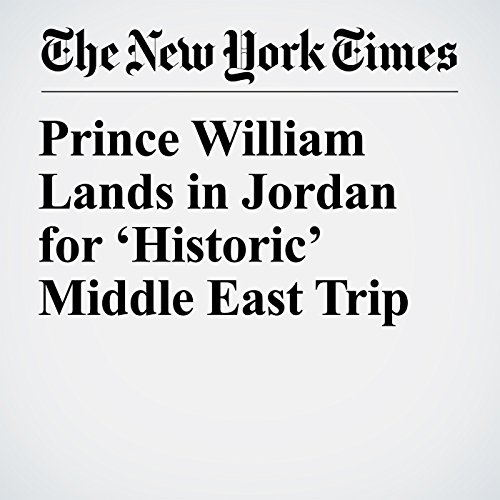 LONDON — Prince William, the second in line to the British throne, began Sunday what is being called a “historic” five-day tour of the Middle East in which he will juggle diplomatic and royal duties in the eye of a tense political climate.