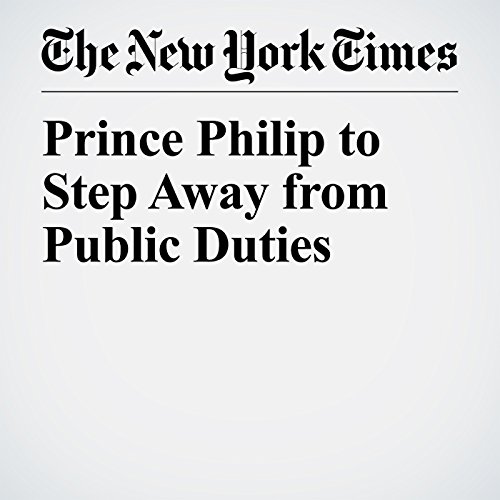 Prince Philip, the 95-year-old husband of Queen Elizabeth II, will step back from his royal duties and stop carrying out public engagements this autumn, Buckingham Palace said in a statement Thursday, although the role of the queen will be unchanged.

"Prince Philip to Step Away from Public Duties" is from the May 04, 2017 World section of The New York Times. It was written by Dan Bilefsky and Stephen Castle and narrated by Fleet Cooper.