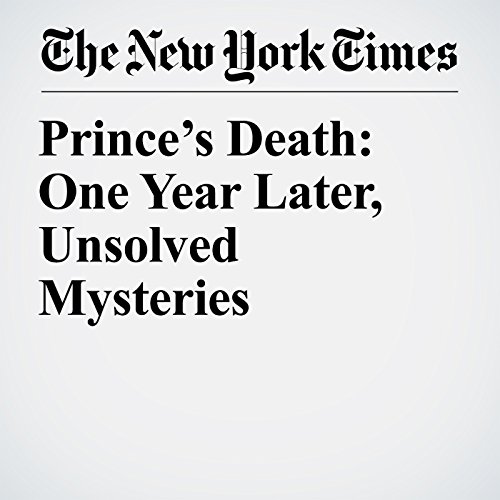 It is one of the great mysteries in recent American pop culture: the death of Prince almost one year ago and the circumstances that led him to be found crumpled on the floor of an elevator at his sprawling residence Paisley Park outside of Minneapolis.

"Prince’s Death: One Year Later, Unsolved Mysteries" is from the April 09, 2017 Entertainment section of The New York Times. It was written by Sheila M. Eldred, Serge F. Kovaleski and Ben Sisario and narrated by Caroline Miller.