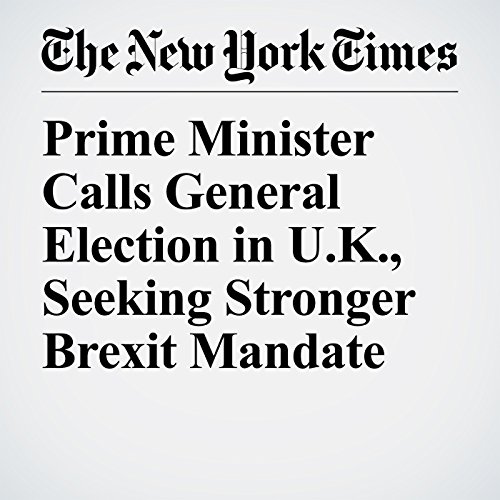 Clearly anxious about her thin majority in Parliament before complicated negotiations on the British exit from the European Union, Prime Minister Theresa May on Tuesday called for a snap election for June 8, a vote that her opponents will bill as a verdict on her tough brand of Brexit.

"Prime Minister Calls General Election in U.K., Seeking Stronger Brexit Mandate" is from the April 18, 2017 World section of The New York Times. It was written by Steven Erlanger and narrated by Kristi Burns.