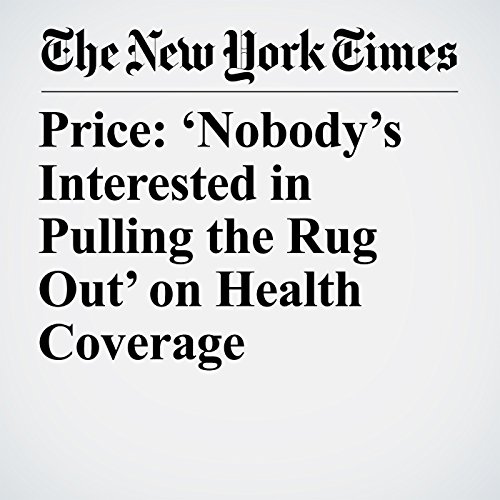 Price: ‘Nobody’s Interested in Pulling the Rug Out’ on Health Coverage

Rep. Tom Price of Georgia, President-elect Donald Trump’s nominee for health and human services secretary, was quick to offer a reassurance Wednesday that the Republican effort to repeal the Affordable Care Act would not leave millions of people suddenly without health insurance, echoing other Republicans who have tried to soothe anxieties over the swift march toward repeal.

"Price: ‘Nobody’s Interested in Pulling the Rug Out’ on Health Coverage" is from the January 18, 2017 U.S. section of The New York Times. It was written by The New York Times and narrated by Keith Sellon-Wright.