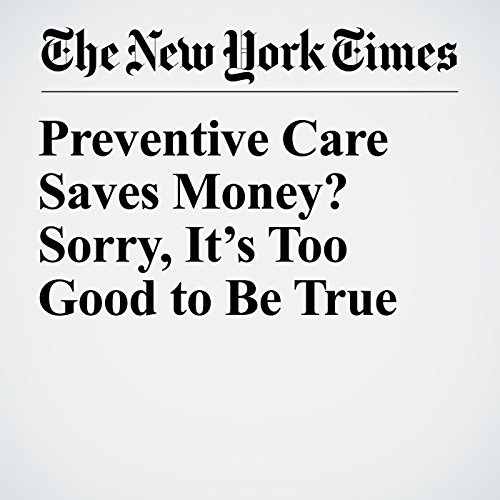 The idea that spending more on preventive care will reduce overall health care spending is widely believed and often promoted as a reason to support reform. It’s thought that too many people with chronic illnesses wait until they are truly ill before seeking care, often in emergency rooms, where it costs more. It should follow then that treating diseases earlier, or screening for them before they become more serious, would wind up saving money in the long run.

"Preventive Care Saves Money? Sorry, It’s Too Good to Be True" is from the January 29, 2018 Health section of The New York Times. It was written by Aaron E. Carroll and narrated by Kristi Burns.