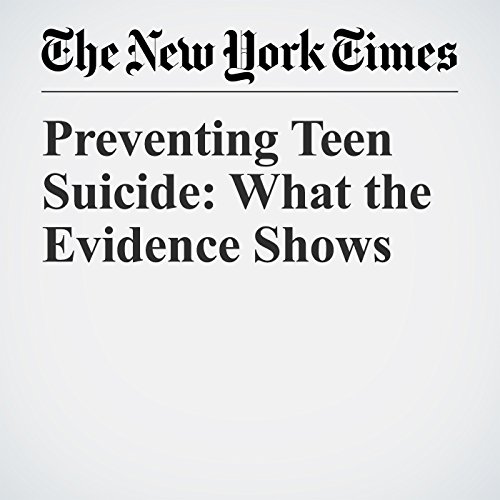 Rates of teen suicide continue to rise, federal health officials reported this month, with rates for girls higher than at any point in the last 40 years. A rational response would be to engage in evidence-based measures to try to reverse this course. Too often, we assume that there’s nothing we can do.

"Preventing Teen Suicide: What the Evidence Shows" is from the August 17, 2017 U.S. section of The New York Times. It was written by Aaron E. Carroll and narrated by Keith Sellon-Wright.