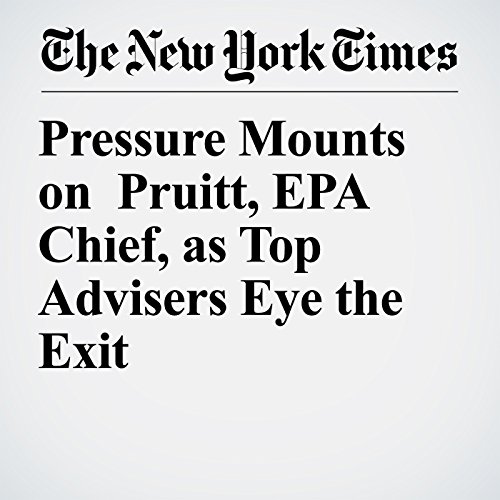 Scott Pruitt, the administrator of the Environmental Protection Agency, is under increased White House scrutiny over his housing and travel arrangements as some of his own senior staff are expressing growing frustration with the public criticism of their boss, according to four people, including an EPA official, who have spoken with the staff members.

"Pressure Mounts on Pruitt, EPA Chief, as Top Advisers Eye the Exit" is from the April 05, 2018 U.S. section of The New York Times. It was written by Coral Davenport and Lisa Friedman and narrated by Keith Sellon-Wright.