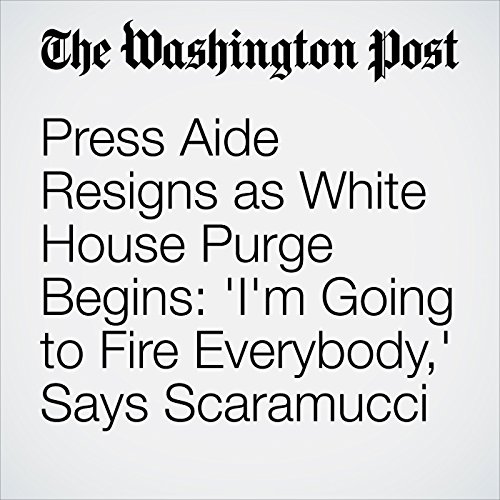 Anthony Scaramucci, the new White House communications director, threatened on Tuesday to fire his entire staff in an effort to stem the leaking that has plagued President Trump's administration since almost the first day he took office.

"Press Aide Resigns as White House Purge Begins: 'I'm Going to Fire Everybody,' Says Scaramucci" is from the July 25, 2017 Post Politics section of The Washington Post. It was written by Ashley Parker and narrated by Sam Scholl.