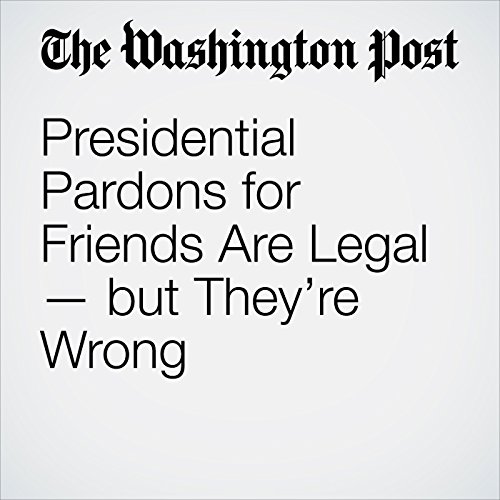 With his fourth exercise of the clemency power, President Trump has once again chosen to favor someone (Lewis “Scooter” Libby, the chief of staff to former vice president Dick Cheney) who is connected and powerful. Meanwhile, none of the deserving federal prisoners with pending petitions — including many serving narcotics sentences that are now broadly condemned — have received a similar benefit.This is legal, but it is wrong.

"Presidential Pardons for Friends Are Legal — but They’re Wrong" is from the April 20, 2018 Opinion section of The Washington Post. It was written by Mark Osler and narrated by Jenny Hoops.