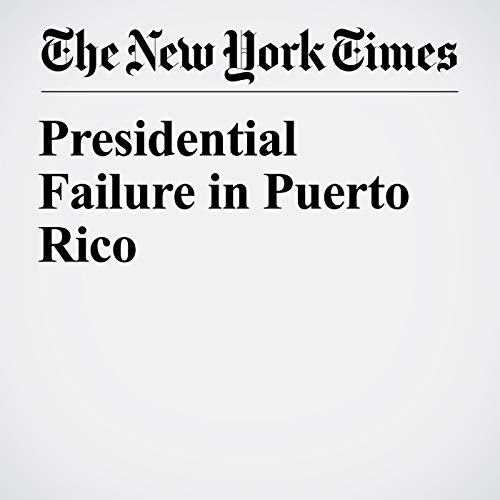 The wind and rain began lashing New Orleans in the early hours of Aug. 29, 2005, while President George W. Bush was on vacation at his ranch in Texas. As the levees buckled and water poured into the city, the federal government tarried. Later, Hurricane Katrina’s long pall — the more than 1,800 related deaths, the devastation and the slow federal response — would come to haunt Bush’s presidency, cratering his approval rating.

"Presidential Failure in Puerto Rico" is from the September 01, 2018 Opinion section of The New York Times. It was written by Mekela Panditharatne and narrated by Keith Sellon-Wright.