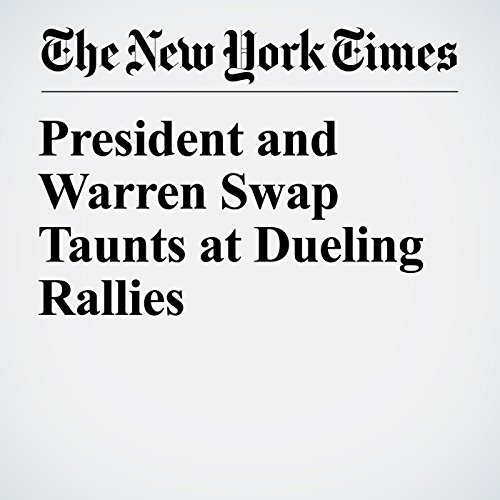 HENDERSON, Nev. — The clash began Saturday morning with a populist denunciation of President Donald Trump’s policies, delivered in Reno, Nevada, by a Democratic senator who is one of his most ferocious critics.

"President and Warren Swap Taunts at Dueling Rallies" is from the June 23, 2018 U.S. section of The New York Times. It was written by Alexander Burns and narrated by Keith Sellon-Wright.