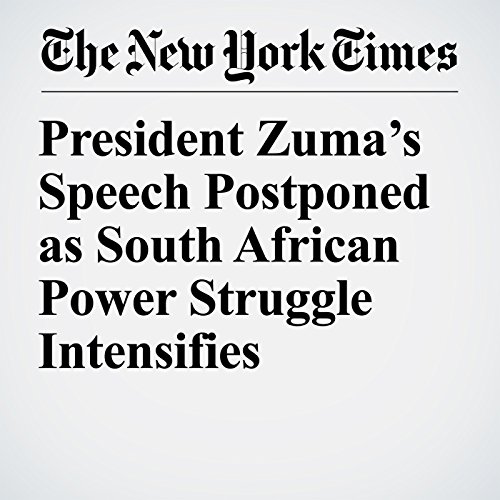 President Jacob Zuma of South Africa on Tuesday held direct talks for the first time with Cyril Ramaphosa, the politician who has been trying to force him to step down as the nation’s leader, suggesting that details were being worked out for a transfer of power.

"President Zuma’s Speech Postponed as South African Power Struggle Intensifies" is from the February 06, 2018 World section of The New York Times. It was written by Norimitsu Onishi and narrated by Keith Sellon-Wright.