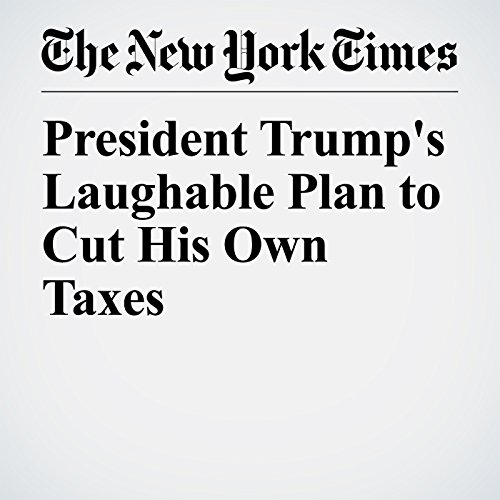 President Trump's Laughable Plan to Cut His Own Taxes

Two of Trump’s top lieutenants — Steven Mnuchin and Gary Cohn, both multimillionaires and former Goldman Sachs bankers — trotted out a plan that would slash taxes for businesses and wealthy families, including Trump’s, in the vague hope of propelling economic growth. So as to not seem completely venal, they served up a few goodies for the average wage-earning family, among them fewer and lower tax brackets and a higher standard deduction.

"President Trump's Laughable Plan to Cut His Own Taxes" is from the April 27, 2017 Opinion section of The New York Times. It was written by The Editorial Board and narrated by Keith Sellon-Wright.