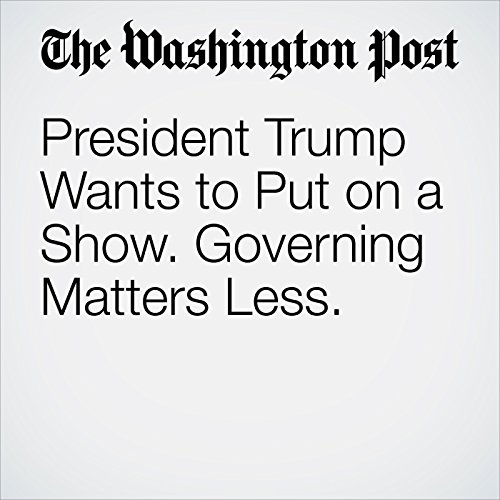 The executive offered this guidance: “If you’re ever confused about Trump’s motives, go to showman first.” The building lobby was a showcase for the Trump brand, requiring the close attention of the man behind the name; the finances were backstage stuff, easily ignored.

"President Trump Wants to Put on a Show. Governing Matters Less." is from the February 24, 2017 Opinion section of The Washington Post. It was written by Marc Fisher and narrated by Sam Scholl.