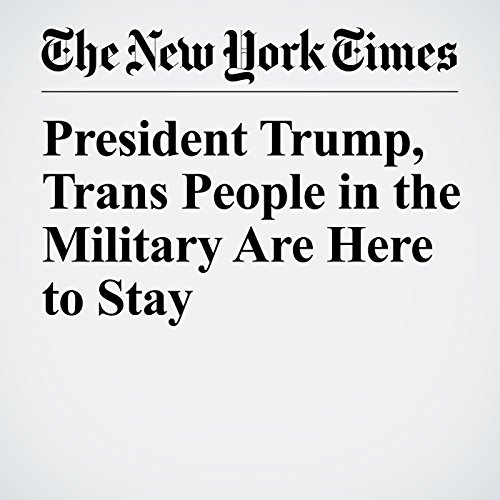 With three tweets, the leader of the largest employer in the country just tried to lay off all trans people in the military. Many service members who were just told “we want you” are suddenly being told “go away.” The sudden reversal by the administration, from allowing trans people to serve openly in the military to outright banning us, is a devastating blow to our livelihoods, our basic humanity, our survival. It is also a devastating blow to the entire credibility of the United States military for years to come.

"President Trump, Trans People in the Military Are Here to Stay" is from the July 28, 2017 Opinion section of The New York Times. It was written by Chelsea Manning and narrated by Barbara Benjamin-Creel.