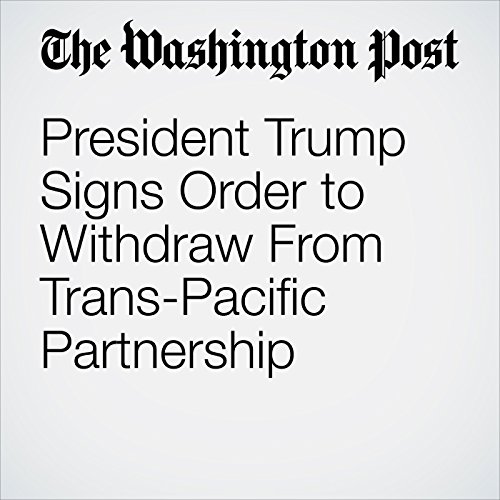 Trump signed the executive order formally ending the United States’ participation in the Trans-Pacific Partnership in the Oval Office after discussing American manufacturing with business leaders in the Roosevelt Room. The order was largely symbolic — the deal was already essentially dead in Congress — but served to signal that Trump’s tough talk on trade during the campaign will carry over to his new administration.

"President Trump Signs Order to Withdraw From Trans-Pacific Partnership" is from the January 23, 2017 Business section of The Washington Post. It was written by Ylan Q. Mui and narrated by Sam Scholl.