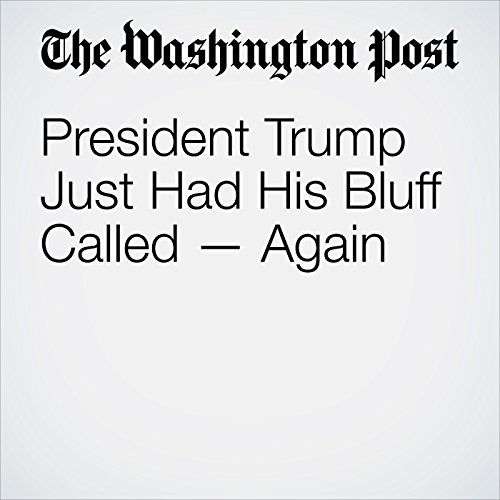 In the health care debate, the president was going to force a House vote on the package and dare skeptical Republicans to vote against replacing Obamacare, before abandoning that plan in the face of defeat.

"President Trump Just Had His Bluff Called — Again" is from the April 25, 2017 Politics section of The Washington Post. It was written by Aaron Blake and narrated by Sam Scholl.