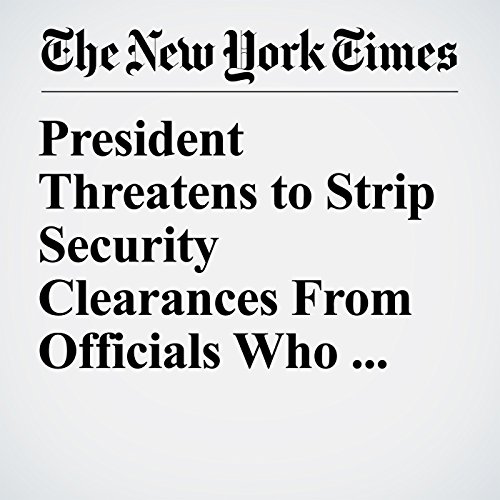 President Donald Trump threatened Monday to strip the security clearances of top former officials who criticized his refusal to confront Russia over its election interference, signaling a willingness to use the powers of the presidency to retaliate against some of his most outspoken detractors.

"President Threatens to Strip Security Clearances From Officials Who Criticized Him" is from the July 23, 2018 U.S. section of The New York Times. It was written by Julie Hirschfeld Davis and Julian E. Barnes and narrated by Keith Sellon-Wright.