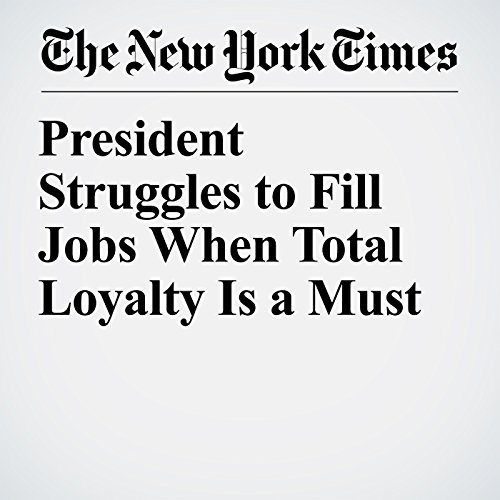 In some cases, the Trump administration is even going in reverse. A senior political appointee at the housing department, who had started the job, was fired this past week and marched out of the building when someone discovered his previous statements critical of Trump.

"President Struggles to Fill Jobs When Total Loyalty Is a Must" is from the February 18, 2017 U.S. section of The New York Times. It was written by Peter Baker and Julie Hirschfeld Davis and narrated by Paul Ryden.