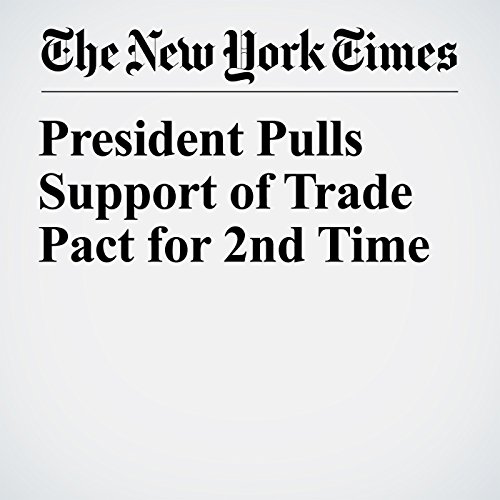 After publicly flirting last week with having the United States rejoin the Trans-Pacific Partnership, President Donald Trump appeared to rebuff the idea once and for all late Tuesday.

"President Pulls Support of Trade Pact for 2nd Time" is from the April 18, 2018 U.S. section of The New York Times. It was written by Alan Rappeport and narrated by Keith Sellon-Wright.