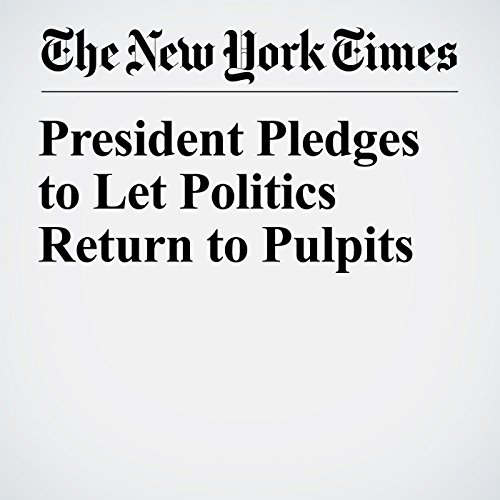 Trump said his administration would “totally destroy” the Johnson Amendment, a 1954 law that prohibits churches from endorsing or opposing political candidates at the risk of losing their tax-exempt status.

"President Pledges to Let Politics Return to Pulpits" is from the February 02, 2017 U.S. section of The New York Times. It was written by Mark Landler and Laurie Goodstein and narrated by Caroline Miller.