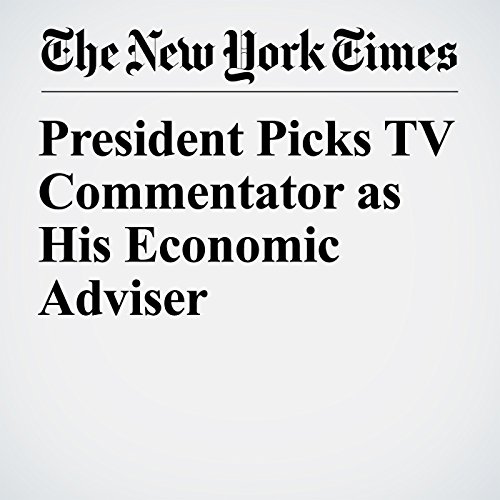 President Donald Trump loves big personalities, live television, the stock market and loyalty. In choosing Larry Kudlow, a CNBC television commentator, to serve as the next director of the National Economic Council, he has checked all those boxes.

"President Picks TV Commentator as His Economic Adviser" is from the March 14, 2018 Business section of The New York Times. It was written by Maggie Haberman, Kate Kelly and Jim Tankersley and narrated by Keith Sellon-Wright.