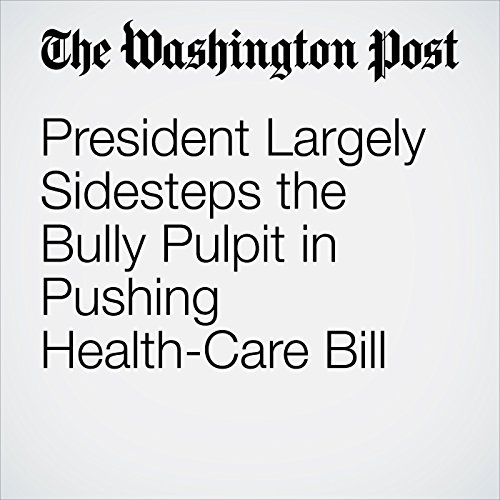 With the Republican push to revamp the Affordable Care Act stalled again, even some allies of President Trump question whether he has effectively used the bully pulpit afforded by his office and are increasingly frustrated by distractions of his own making.

"President Largely Sidesteps the Bully Pulpit in Pushing Health-Care Bill" is from the July 02, 2017 Politics section of The Washington Post. It was written by John Wagner and narrated by Barbara Benjamin-Creel.