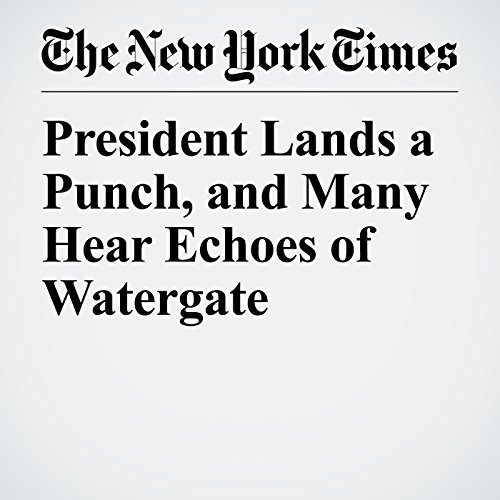 In dramatically casting aside James B. Comey, President Donald Trump fired the man who may have helped make him president — and the man who potentially most threatened the future of his presidency.

"President Lands a Punch, and Many Hear Echoes of Watergate" is from the May 10, 2017 U.S. section of The New York Times. It was written by Peter Baker and narrated by Keith Sellon-Wright.