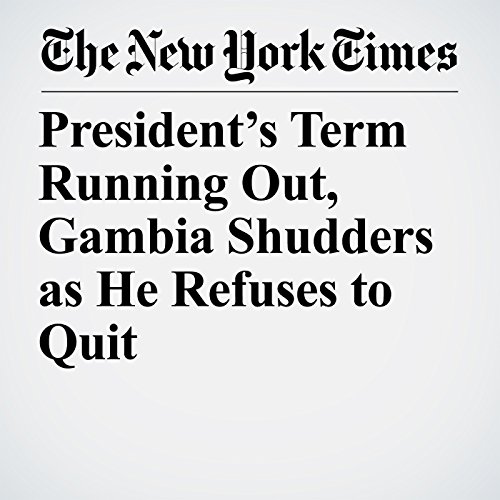 After acknowledging defeat in an election last month, Jammeh abruptly changed his mind, refusing to step aside for the inauguration of the newpresident scheduled for Thursday and threatening to drag the nation into a bloody standoff.

"President’s Term Running Out, Gambia Shudders as He Refuses to Quit" is from the January 18, 2017 World section of The New York Times. It was written by Jaime Yaya Barry and Dionne Searcey and narrated by Kristi Burns.