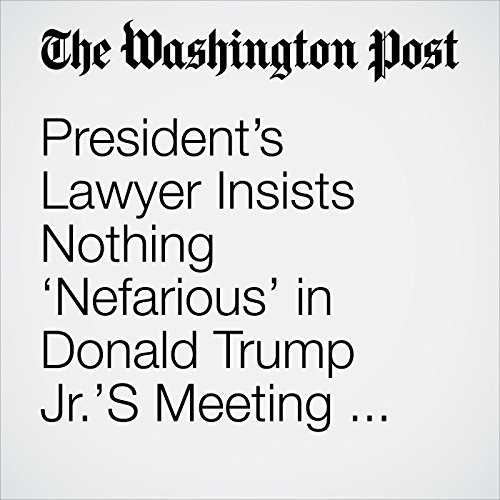 A senior member of President Trump's personal legal team said Sunday that there was nothing improper in the meeting that Donald Trump Jr., the president's oldest son, took with a Russian lawyer promising dirt on Hillary Clinton.

" President’s Lawyer Insists Nothing ‘Nefarious’ in Donald Trump Jr.’S Meeting With Russians" is from the July 16, 2017 Post Politics section of The Washington Post. It was written by Greg Jaffe and narrated by Sam Scholl.