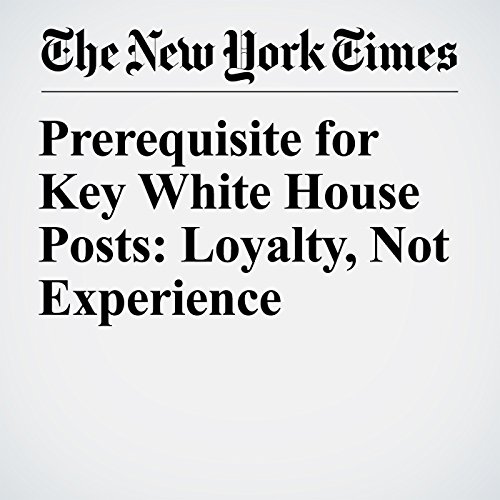 President Donald Trump’s point man on Israeli-Palestinian negotiations is a longtime Trump Organization lawyer with no government or diplomatic experience. His liaison to African-American leaders is a former reality-TV villain with a penchant for résumé inflation. And his Oval Office gatekeeper is a bullet-headed former New York City cop best known for smacking a protester on the head.

"Prerequisite for Key White House Posts: Loyalty, Not Experience" is from the March 14, 2017 U.S. section of The New York Times. It was written by Sharon Lafraniere, Nicholas Confessore and Jesse Drucker and narrated by Barbara Benjamin-Creel.