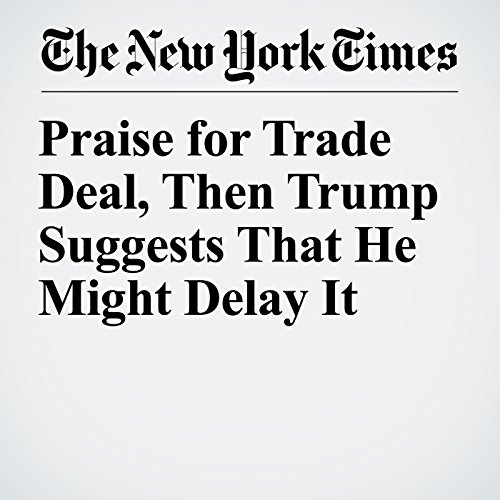 RICHFIELD, Ohio — President Donald Trump heralded a new trade agreement with South Korea at his first public appearance in nearly a week on Thursday, but then immediately suggested he might delay finalizing it while negotiating with North Korea over its nuclear program.

"Praise for Trade Deal, Then Trump Suggests That He Might Delay It" is from the March 29, 2018 U.S. section of The New York Times. It was written by Katie Rogers, Jim Tankersley and narrated by Fleet Cooper.

Cosa pensano gli ascoltatori di Praise for Trade Deal, Then Trump Suggests That He Might Delay It