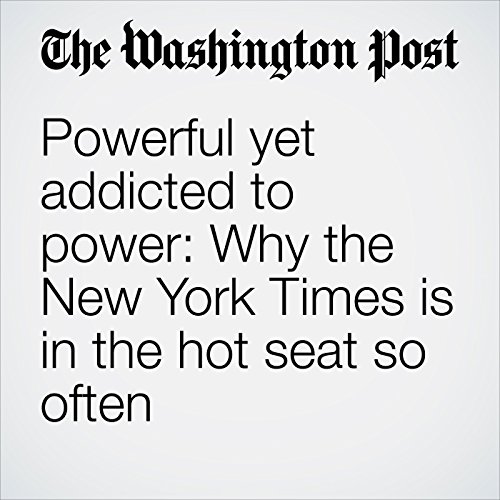 When Arthur G. Sulzberger took over this week as the top boss at the New York Times, even President Trump took notice, blurting out a tweet that managed to be simultaneously insulting, congratulatory and divisive. (“The Failing New York Times has a new publisher, A.G. Sulzberger. Congratulations! Here is a last chance for the Times to fulfill the vision of its Founder, Adolph Ochs, ‘to give the news impartially, without fear or FAVOR, regardless of party, sect, or interests involved.’. . . ”)

"Powerful yet addicted to power: Why the New York Times is in the hot seat so often" is from the January 03, 2018 Lifestyle section of The Washington Post. It was written by Margaret Sullivan and narrated by Sam Scholl.

Cosa pensano gli ascoltatori di Powerful yet addicted to power: Why the New York Times is in the hot seat so often