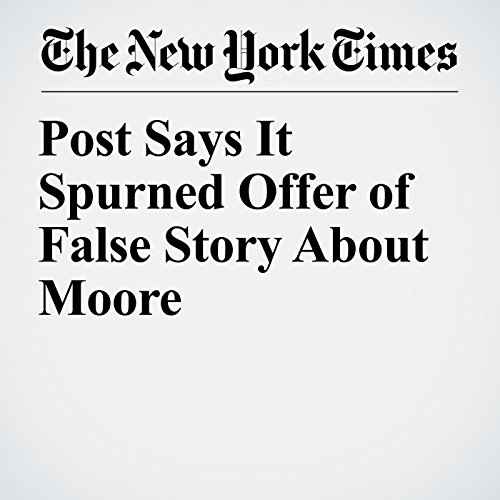 A woman with ties to a right-wing activist group falsely claimed to The Washington Post that she had conceived a child with Roy S. Moore, the Republican Senate candidate in Alabama, when she was 15, the newspaper reported Monday afternoon.

"Post Says It Spurned Offer of False Story About Moore" is from the November 27, 2017 U.S. section of The New York Times. It was written by Matthew Haag and narrated by Keith Sellon-Wright.