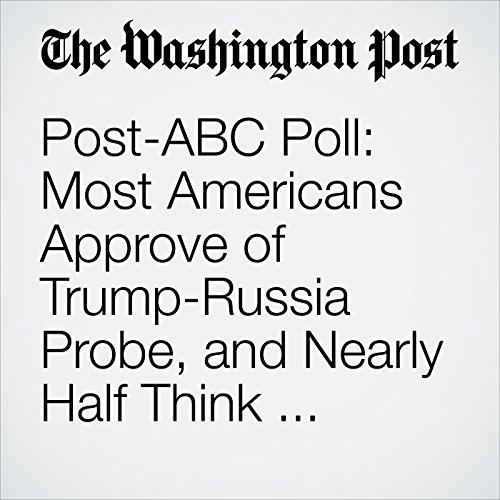 More than twice as many Americans approve as disapprove of special counsel Robert S. Mueller III’s investigation of possible coordination between Donald Trump’s 2016 campaign and the Russian government, a new Washington Post-ABC News poll finds, indicating that the conservative effort to discredit the probe has fallen flat as the case has progressed toward its first public charges.

"Post-ABC Poll: Most Americans Approve of Trump-Russia Probe, and Nearly Half Think Trump Committed a Crime" is from the November 02, 2017 Politics section of The Washington Post. It was written by Emily Guskin and Matt Zapotosky and narrated by Sam Scholl.