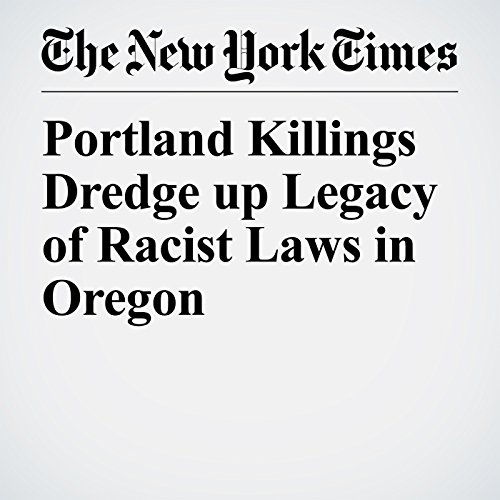 The fatal stabbing of two good Samaritans who intervened when a man on a commuter train shouted slurs at two women — both African-American, one in Muslim dress — has reawakened bitter memories of this state’s past and revived a debate over what people here call the “two Oregons,” where islands of tolerance abut places awash in frustration and rage.

"Portland Killings Dredge up Legacy of Racist Laws in Oregon" is from the January 00, 1900 U.S. section of The New York Times. It was written by Kirk Johnson and narrated by Kristi Burns.