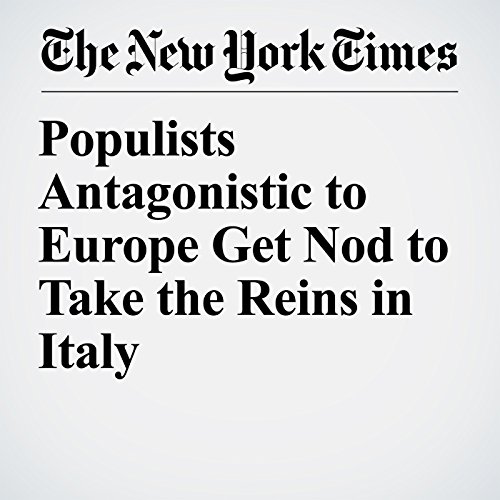 After 88 days of impasses and negotiations, two Italian populist parties with a history of antagonism toward the European Union received approval Thursday night to create a government that has unsettled the Continent’s political order and promises a sweeping crackdown on the illegal immigration that helped fuel their ascent.

"Populists Antagonistic to Europe Get Nod to Take the Reins in Italy" is from the May 31, 2018 World section of The New York Times. It was written by Jason Horowitz and narrated by Barbara Benjamin-Creel.