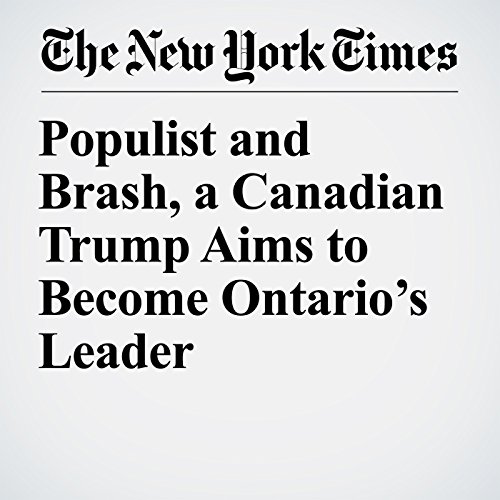 TORONTO — He is a wealthy businessman whose favorite political targets are “elites” he describes as drinking Champagne “with their pinkies up in the air.” He hates government, but is running to lead one with a $121.7-billion budget, confident he will root out waste with his well-honed business acumen.

"Populist and Brash, a Canadian Trump Aims to Become Ontario’s Leader" is from the June 02, 2018 World section of The New York Times. It was written by Catherine Porter and narrated by Keith Sellon-Wright.