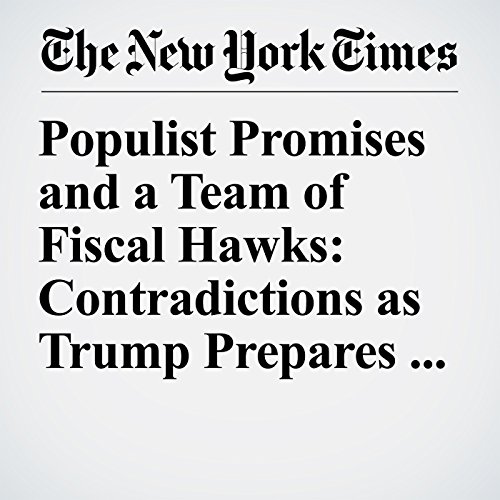 Two days before Election Day, Donald Trump traveled to Sioux City, Iowa, and proclaimed that he was the protector of federal programs aimed at helping elderly and low-income Americans. It was Hillary Clinton, he said, who was an untrustworthy steward of the working class and who would slash vital benefits.

"Populist Promises and a Team of Fiscal Hawks: Contradictions as Trump Prepares Budget Plan" is from the February 23, 2017 U.S. section of The New York Times. It was written by Yamiche Alcindor and narrated by Caroline Miller.