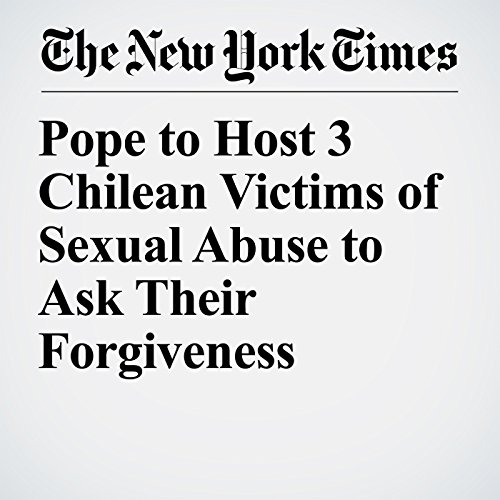 ROME — Pope Francis will host three victims of Chile’s sexual abuse scandal this weekend at the Vatican hotel where he lives, to ask their forgiveness and listen to their suggestions, the Vatican announced Wednesday, as he tries to make amends for voicing doubts about their accusations.

"Pope to Host 3 Chilean Victims of Sexual Abuse to Ask Their Forgiveness" is from the April 25, 2018 World section of The New York Times. It was written by Elisabetta Povoledo and narrated by Kristi Burns.