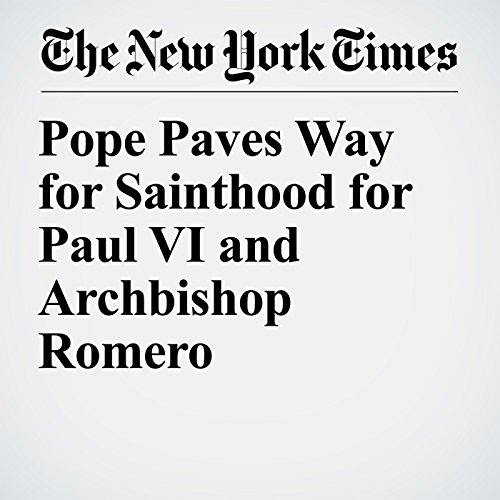 ROME — Pope Francis has paved the way for the canonization of Pope Paul VI, who led the Roman Catholic Church through turmoil in the 1960s and ‘70s, and the slain Salvadoran Archbishop Óscar Romero, the Vatican announced Wednesday.

"Pope Paves Way for Sainthood for Paul VI and Archbishop Romero" is from the March 07, 2018 World section of The New York Times. It was written by Gaia Pianigiani and narrated by Kristi Burns.