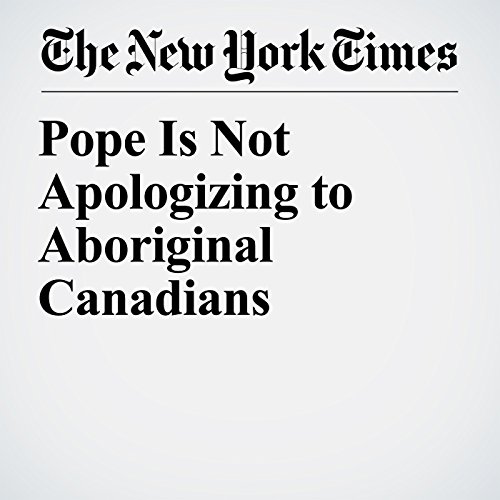 Pope Is Not Apologizing to Aboriginal Canadians

OTTAWA, Ontario — Despite a personal appeal from Prime Minister Justin Trudeau, the Roman Catholic Church has said that Pope Francis will not apologize for its role in a Canadian system that forced generations of indigenous children into boarding schools.

"Pope Is Not Apologizing to Aboriginal Canadians" is from the March 28, 2018 World section of The New York Times. It was written by Ian Austen and Jason Horowitz and narrated by Kristi Burns.