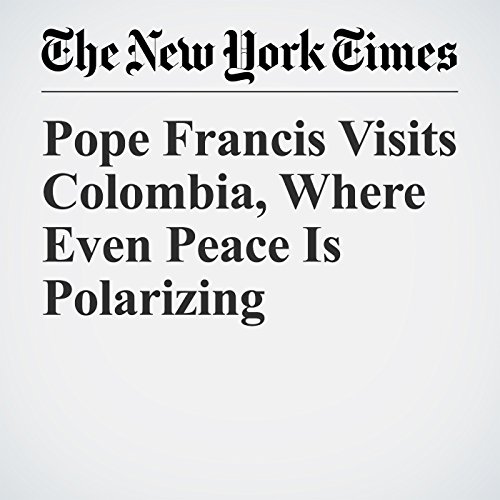 As Pope Francis arrives in Colombia on Wednesday for a six-day visit, the challenge before the leader of the Roman Catholic Church is clear: nudging the country, torn apart by 52 years of war, toward a peace with former guerrillas that remains controversial in the eyes of many of the war’s victims.

"Pope Francis Visits Colombia, Where Even Peace Is Polarizing" is from the September 06, 2017 World section of The New York Times. It was written by Nicholas Casey and Susan Abad and narrated by Keith Sellon-Wright.