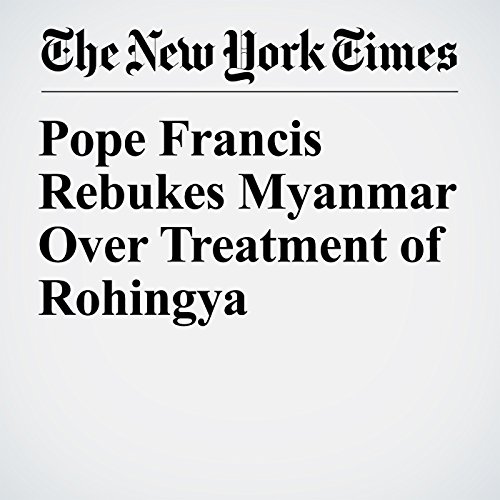 Pope Francis on Wednesday issued a fresh rebuke against Myanmar over its repression of the Rohingya minority group, just days after a U.N. report concluded that security forces had slaughtered and raped hundreds of men, women and children in a “campaign of terror.”

"Pope Francis Rebukes Myanmar Over Treatment of Rohingya" is from the February 08, 2017 World section of The New York Times. It was written by Kimiko De Freytas Tamura and narrated by Keith Sellon-Wright.