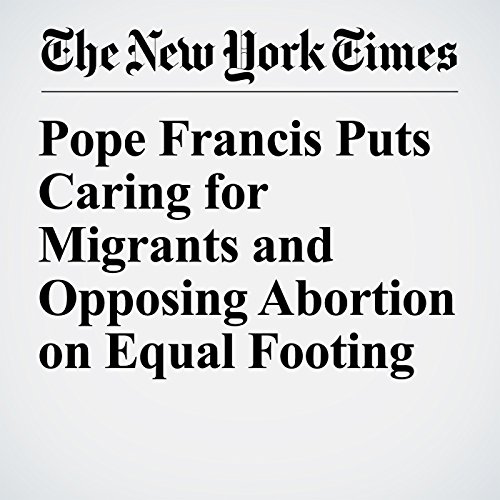 VATICAN CITY — Caring for migrants and the poor is as holy a pursuit as opposing abortion, Pope Francis declared in a major document issued by the Vatican on Monday morning.

"Pope Francis Puts Caring for Migrants and Opposing Abortion on Equal Footing" is from the April 09, 2018 World section of The New York Times. It was written by Jason Horowitz and narrated by Keith Sellon-Wright.