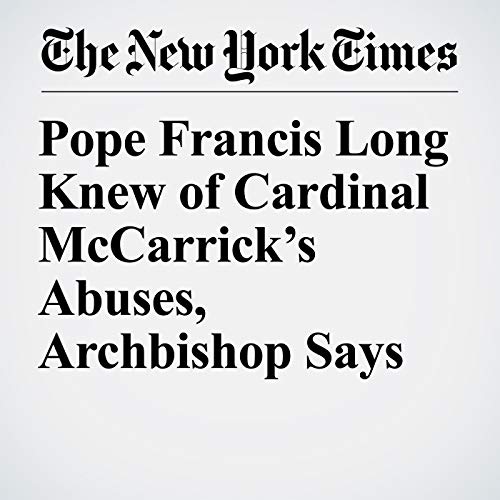 DUBLIN — The former top Vatican diplomat in the United States alleged in a letter published Sunday that Pope Francis knew about the abuses of a now-disgraced American prelate years before they became public.

"Pope Francis Long Knew of Cardinal McCarrick’s Abuses, Archbishop Says" is from the August 26, 2018 World section of The New York Times. It was written by Jason Horowitz and narrated by Kristi Burns.